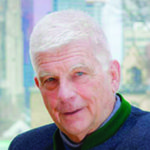 PAUL ROBERT MAGOCSI is a professor of history and political science at the University of Toronto, where since 1980 he has also held the John Yaremko Chair of Ukrainian Studies. He completed his education at Rutgers University (BA 1966, MA 1967), Princeton University (MA 1969, PhD 1972), and Harvard University (Society of Fellows 1976). Among his publications are 37 books, including The Shaping of a National Identity: Subcarpathian Rus’, 1848–1948 (1978); Historical Atlas of East Central/Central Europe (1993, 2002); A History of Ukraine: The Land and Its Peoples (1996, 2010); Ukraine: An Illustrated History (2007); This Blessed Land: Crimea and the Crimean Tatars (2014); and, as co-author, Jews and Ukrainians: A Thousand Years of Co-Existence (2016). He is also the editor-in-chief of the Encyclopedia of Canada’s Peoples (1999) and co-editor and main author of the Encyclopedia of Rusyn History and Culture (2002, 2005). Professor Magocsi has taught at Harvard University, the Hebrew University in Jerusalem, and Prešov University in Slovakia, and on five occasions was historian-in-residence at the Max Planck Institute for Social Anthropology in Halle (Germany). In 1996 he was appointed a permanent fellow of the Royal Society of Canada, and has been awarded honorary degrees from Prešov University in Slovakia (2013) and Kamianets-Podilskyi National University in Ukraine (2015).

For this panel the participants were supplied with a list of questions, which I think is a very good way not just to come up and express whatever comes to mind, which is often the case with academics. Of those nine questions, most of them had to do with the past, and this is in many ways what we were urged to address. But after hearing the opening remarks, I felt it inappropriate to kind of rain on our parade, or snow on our commemoration, and so instead of looking at the past, with some of the unpleasantness that was alluded to, I thought it might be more useful to say something about the future. And actually, it addresses the last of those nine questions that were given to us: How do you see the future of Ukrainian studies in the West?

Now, this question seems to be asked almost by rote every decade or so. It has been addressed at conferences, whether in Canada or the United States, actually for the last 40 years. At those conferences or meetings, practitioners of our craft cobble together answers and proposals that are in the end supposed to make us feel that we have been and still are on the right track. You have just heard that I guess we are not. The last of these exercises took place in 2013 in Cambridge, Massachusetts, under the auspices of the Harvard Ukrainian Research Institute, using the antique Roman (or Hollywood) formulation Quo vadis? “Where are you going?”

My view about the future has always been based on the challenges of the present, and I would say that those challenges have not changed since the early days of the Harvard experience in the 1970s. My concerns then are my concerns today. In short, we have too many university-based Ukrainian studies centres and have trained too many Ukrainian specialists in North America. Quite simply, we have exceeded what the market can bear.

This was obvious, or should have been already, in the early 1970s. The Harvard program prided itself on creating new cadres of Ukrainian historians and literary specialists with, it seems, little concern for practical reality. In short, where were the members of that first cohort—Subtelny, Sysyn, Hajda, Kohut, Magocsi—to find jobs? In those days there were no positions in Ukrainian history in the United States other than at Harvard. And considering that reality, I remember being somewhat surprised that the inspiration behind Harvard’s Ukrainian program, Omeljan Pritsak—a tenured full professor in Turkic languages—himself took up, in 1973, the Mykhailo S. Hrushevs’kyi Professorship of Ukrainian History [at Harvard]. He certainly did not need that position, which was then closed off for several decades to any possible successor among the younger scholars whom he had helped to train. Aside from the self-serving nature of that academic move, neither Pritsak nor his successor in the Hrushevs’kyi Chair, Roman Szporluk, were historians of Ukraine. And neither did much for the field in terms of publications.

The first person to hold the Hrushevs’kyi Chair who has actually done research and published works on topics central to Ukrainian history is the present Harvard incumbent, Serhii Plokhii. Despite the absence of any employment future in their field of choice, Harvard continued to accept and train a second generation of specialists, not only in Ukrainian history but also in Ukrainian literature. And then, when the reality of joblessness sank in, and when, by the 1990s, North American applicants were fewer and fewer, Harvard and its sister institutions in Canada (Toronto and Alberta) began to accept graduate students from Ukraine. Most of them were desperate to experience life in North America; most never finished the rigours of the PhD process, left academia, and often were fated to lead a precarious economic existence in either Canada or the United States.  Now while Harvard, Toronto, and Alberta produced a fair number of newly minted PhDs in history and literature, these often talented young scholars added a further strain to the competition for the few jobs available in Ukrainian studies. Fortunately for the first cohort of Ukrainianists trained at Harvard in the 1970s and 1980s, there was a safety valve, a saving grace: Canada.

With no job prospects in the United States, many flocked to Canada, with the result that Harvard products took up some of the leading Ukrainian-related academic positions at the University of Toronto and the University of Alberta. However, that rather fortunate fate for those individuals did not change the long-term reality, and one must face that reality.

Despite the Orange Revolution, the Maidan, and Russia’s invasion and continued aggression, Ukraine is never likely to attract a level of interest among North American university students that would sustain the several existing Ukrainian research institutes, endowed professorships, and departments that offer courses in Ukrainian-related subjects. Ukraine is not France, Germany, Italy, or Russia. Ukraine is more like Spain or Portugal or Sweden, and I ask: where in North America is there a university-based institute for the study of Spain, or of Portugal, or of Sweden? Are not those countries and their civilizations at least as historically important as Ukraine? Now, in that context we might ask: Why should Ukrainian studies have two institutes and several endowed professorial chairs in history, literature, language, and ethnography? At an organizational level, our field has not only reached its realistic limits but has gone beyond them. Consolidation, even retrenchment, not expansion, would seem to be the appropriate approach for Ukrainian studies in North America.

Having said that, Ukraine does remain a little-known or misunderstood country in today’s world. Politically inspired propaganda from Russia has only contributed to the distorted view of Ukraine that seems to dominate public awareness in many parts of Europe and North America. It is also a reality that has not gone away. How, then, to correct this situation? If we remember what I just said before, what I am now about to say might sound like a blatant contradiction. But let us fantasize.

We need yet another Ukrainian institution—academically inspired but not necessarily university-based. What I have in mind is something that could be called an international centre for the study of Ukraine, to be comprised of five research institutes, each devoted to an aspect of Ukraine that has never been properly addressed, if at all, outside Ukraine. Those institutes would focus on five areas: Ukrainian statehood, the peoples of Ukraine, the religions (plural) of Ukraine, the art of Ukraine, and the music of Ukraine.

Since Ukraine is a state, should not the origins, evolution, and future of that state be a topic for research, public debate, and proposals for its proper functioning? Hence, an institute for the study of Ukrainian statehood. Since Ukraine is a multinational country, should not peoples other than ethnic Ukrainians be studied and given a voice in the country’s political and social discourse? Hence, an institute for the study of the peoples of Ukraine.

As for religious life, Ukraine’s citizens are not only Eastern Christians, Greek Catholics and Orthodox but also Protestants, Roman Catholics, Muslims, about whom we know little, if anything. Hence, an institute for the study of the religions of Ukraine.

Ukrainian arts do not consist only of folk embroidery and pottery. The country’s painters and sculptors have been part of general European development, or in the case of the early twentieth-century avant-garde, they set the standards that the rest of Europe followed.

As for music, Ukraine is not only a land of folk songs and dances but also produced first-rate orchestral and operatic composers in the nineteenth and twentieth centuries who, alas, are virtually unknown to the outside world. Hence, an institute for the study of the music of Ukraine.

A body such as this proposed institute, an International Institute for the Study of Ukraine, would not only provide a base for scholars to carry out their research and publications but would also provide the mechanisms to preserve and promote, through exhibits and recordings, the artistic and musical heritage still hidden from the rest of the world. Ukraine is a real country, with a rich political, ethnic, religious, artistic, and musical culture. These are the elements that should become the face of Ukraine to the rest of the world. Fantasies, intellectual or otherwise, are fine. To be realized, they need concrete funds. These I have not yet found, but perhaps someone after me will take up this challenge.