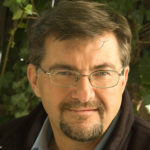 SERHII PLOKHII is the Mykhailo S. Hrushevs’kyi Professor of Ukrainian History and director of the Ukrainian Research Institute at Harvard University. A leading authority on the region, he has published extensively in English, Ukrainian, and Russian. Plokhii is the author of several influential monographs, including Yalta: The Price of Peace (2010), The Last Empire: The Final Days of the Soviet Union (2014), and The Gates of Europe: A History of Ukraine (2015). His books have won numerous prizes and awards, including the Lionel Gelber Prize for best English-language book on international relations, Pushkin House Book Prize (London), Antonovych Foundation Award, Ambassador of New Europe Prize (Poland), and Historia Nova Prize (Russia).

The first round table is on the foundations of the Institute and on Ukrainian studies in North America in general. My name is Serhii Plokhii, and I am the director of the Harvard Ukrainian Research Institute. I spent approximately fifteen years here, some of the best years of my life, at CIUS and the University of Alberta, and I am really very happy to be back for this marvellous event, for this conference.

I would like to start with greetings from my colleagues at the Harvard Ukrainian Research Institute to the university, the Canadian Institute of Ukrainian Studies, numerous associates, colleagues, and friends of the Institute. We are really very proud to be a sister institution, in a certain way, of CIUS.

The way CIUS was founded has very distinct Alberta roots, and Ukrainian studies started to develop here even before the founding of the Institute. But while having distinct Alberta roots from the very inception, CIUS was also an all-Canadian enterprise. The two major centres of studies and research and teaching were located here in Edmonton, in Alberta, and also at the University of Toronto with Professors George S.N. Luckyj and Danylo Husar Struk, who played an active part in putting the program together and making the Institute work.

If you think about Ukrainian studies in North America, CIUS has not just an all-Canadian mandate but also an all-American mandate. This mandate is especially clear and obvious today, when you look at the participants of today’s conference and this panel in particular. Close relationships have been established between Ukrainian studies at Harvard and those here, at the University of Alberta, in terms of concepts, ideas, division of labour, and also in terms of the exchange of cadres and people going back and forth across the Canadian-American border. This brings me to the point that was already made very eloquently by Bishop Gudziak about the vision that the Ukrainian diaspora had developed for Ukrainian studies and for university studies in general. Indeed, it was an all-American—and, in many senses, an all-Ukrainian—undertaking that brought together not only North America but also Europe and, in particular, Britain. Ukrainian studies in Britain—starting of course with Bohdan Krawchenko and represented today by Taras Kuzio (the commentator for this round table) and by Rory Finnin from Cambridge University, whom we are really happy to welcome here—stress that the global connections were there from the very beginning.

The vision [of the CIUS founders] was to transform Western scholarship about Ukraine. It also transformed the community by making a very important leap from the émigré institutions, like the Shevchenko Scientific Society and the Free Academy of Sciences, to Western academia. It helped to bring Ukrainian expertise, interests, and scholarship to the universities and to start the research and study of Ukraine at the university level.

I have at the same time an easy and a difficult task of introducing people today on the panel, in the sense that these are people who need no introduction. I just want to stress that they all have not just Albertan ties but also a global reach and global academic credentials.

The founder and first director of the Institute: Professor Manoly Lupul. Professor Lupul got his PhD at Harvard, and I also understand that you [Lupul] were one of the donors to the Orthodox church to which my family and I belong [St. Andrew Ukrainian Orthodox Church of Boston]. Even though CIUS was not conceived in terms of direct ties or connection with Harvard, that connection emerged with time and is certainly there for historians to study.

Bohdan Krawchenko, who is on the program but unfortunately will not be able to join us via Skype today, got his doctoral degree and postgraduate education in the U.K. Professors Magocsi, Sysyn, and Kohut of course have extremely strong American ties and credentials, coming in one way or another from Harvard, and I already talked about Taras Kuzio, who received his doctoral degree from the University of Birmingham.

Before I invite our first speaker, Professor Lupul, I want to give a general idea of how we are going to proceed. Each of the participants will speak for approximately ten minutes, and afterwards the discussant will have ten minutes to present his questions and views. We will then have thirty minutes for questions from the audience and discussion among the round-table participants, and additional time for public discussion. I was also informed that we have a number of students here who came to Alberta from across Canada, and was asked to positively discriminate in favour of those students, if and when they have questions or comments. That is how we will proceed with our discussion.