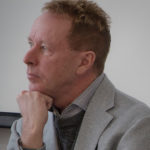 DAVID R. MARPLES is Distinguished University Professor of Russian and East European History and current chair of the Department of History and Classics, University of Alberta. He is the author of fourteen single-authored books, including Our Glorious Past: Lukashenka’s Belarus and the Great Patriotic War (2014) and Heroes and Villains: Creating National History in Contemporary Ukraine (2008). He has over 100 articles in peer-reviewed journals. He has also edited three books on nuclear power and security in the former Soviet Union, on contemporary Belarus, and, most recently, Ukraine’s Euromaidan: Analyses of a Civil Revolution (2015).

I have been a discussant on many panels, but I do not think I have ever been a discussant on one that covered such a broad area. I feel a little bit like that [British] MP discussed by Winston Churchill, who said, “When the honourable member gets up to speak, he has no idea what he is going to say, and when the honourable member speaks, he has no clue what it is he is saying, and when he sits down again, he has no idea what it is that he just said.” [Laughter.]

However, I think that we did cover a lot of ground in a number of different areas. We heard, for example, from Marta [Martha Bohachevsky-Chomiak] about the need for taking risks in the Ukrainian scholarly community. We heard from Rory [Finnin] about the fact that culture is often left out of the picture, and the need to focus more, even to the extent of computerizing twentieth-century Ukrainian texts; from Andrii [Portnov] about the situation in Germany, where the focus is really on short-term projects, so it is very hard to get anything more permanent in place; and then, on a more difficult level, from Mark [Von Hagen], about both the attack on the humanities and what he described as a civilizational conflict. Then we heard from from Serhy [Yekelchyk], who focused on a number of issues to do with teaching Ukrainian studies at the University of Victoria. He looked at the matter of social media and the need to bring into Ukrainian studies the fact of the conflict in Ukraine, the meaning of this conflict, and perhaps the need for a transnational interdisciplinary approach as a way to go forward for the future.

I have been in Ukrainian studies for some time. Although Manoly [Lupul] suggested this morning that I am about ready to retire, in fact that is far from the truth: I have at least three years to go as chair, and then they give me a year off for free, and then I have to come back and teach another year, so it will be a little while before I can retire.

Now, I would like to focus first on the problems for the humanities, and here I may be speaking not as a Ukrainianist but as the chair of a large department. It is an ongoing concern, how to come up with ways to defend the humanities in light of what might be called the corporatization of universities: the focus on engineering, mathematics, and business in particular. We have, for example, at the University of Alberta (and probably some outsiders do not know this) something like 15,000 students from China, the vast majority of whom tried to get into business. Those who cannot get into business, which is the majority, have to go into economics, and those who do not make the grade in economics might come into history. In fact, we have actually increased our majors this year for the first time in ten years because of the Chinese students. But the Chinese students cannot speak English. More to the point, they cannot write in English, so they create a new problem altogether. Nevertheless, I am inclined to think that overall, this is a good thing rather than a bad thing.

We are constantly defending our turf. [U of A Dean of Arts] Lesley Cormack made a very good comment, I think, in one of the chairs’ councils recently, when she said, “We should stop defending the humanities because there is no need to defend the humanities.” I think the same is true of Ukrainian studies. We should not have to defend the fact that we are studying Ukraine.

More emphasis, I believe, should be put on social media. Social media is really the way forward right now. For example, the governments of Russia and of Ukraine both have spokespersons for their ministries filing daily reports on Facebook, on Twitter, and other media. If we do not go there, we miss out on 90 percent of the issues that are being discussed on a daily basis. So I think that is essential, the use of social media. I do not want to make it sound as if I am always optimistic, because I am not, but I am kind of encouraged by the fact that twenty years ago (well, let us say forty years ago, but certainly twenty years ago) you would not have had positive stories about Ukraine in the New York Times or Foreign Affairs—even for that matter, as was mentioned, I think by Manoly, the Globe and Mail. But today that situation is quite different. Most of the stories in those major media of North America are quite positive about Ukraine—and rather negative, I would say, about Russia, and obviously for some good reasons. So there are steps being made forward. The really difficult thing is to say, after forty years of CIUS, where should one go from here?

There are possible ways to approach this. Professor Lupul focused on the local community. We have to start with the community, the fact that there have been more than six generations of Ukrainians in Canada now, but more importantly, to communicate to the Canadian government the sheer importance of Ukraine for Canada. Bob Magocsi was talking over lunch, saying, “How much influence do the Canadian and American governments have on the government of Ukraine?” It was more or less a rhetorical question, because I think he expected the answer to be “none.” I think [in the case of Canada] that the answer is “none,” I will say that. But it could be more—because of influential Ukrainian Canadians and the fact that we have, for example, centres for the study of Ukraine not merely in Edmonton and Toronto but also in Ottawa and Winnipeg. And Saskatchewan also has important centres for the study of Ukraine. We have a major Ukrainian historian, however he started, at the University of Victoria. Ukrainian studies are represented now across Canada, not just in individual centres. Beginnings have been made, and the way forward will be difficult.

Professor Lupul also mentioned a question this morning that I would dispute in a way, when he talked about the fact that we have masses of endowments at CIUS. In fact that is true, but many of the endowments are so specific that we cannot simply take an endowment and do something with it. If we have an endowment that specifies, for example, a million dollars for the study of Ukrainian poets in Lviv—not that there is anything wrong, Rory, by the way, with studying Ukrainian poets in Lviv—but if you want to use that for something else, say you want to use it for contemporary Ukraine, you simply cannot do it. Usually the terms of the endowment are so specific that they limit the future of Ukrainian studies. What is needed, I think—whether or not you can build an institute as Professor Magocsi suggests—is, say, an endowment for “Contemporary Ukraine,” or for “Transnational Studies in Ukraine.” Something as broad as that, rather than specific, because the development office, and also the endowment centre in the Faculty of Arts, will not even consider endowments in certain areas. But endowments are very important for the future of Ukrainian studies.

In terms of Ukrainian studies in the classroom, I agree completely with most of the comments. Ukrainian studies can be integrated with the studies of other areas, with those of Russia, of Poland. We already have a massive institute on campus for the study of Habsburg Austria—the Wirth Institute—which actually focuses on Ukraine as well, because Ukraine was part of the old Habsburg Empire. That is a very good example of something on a very broad level.

Lastly, to talk about the continuing conflict with Russia, and this is something I touched on last night. Ironically—since I just said that social media is of great importance—I think also that social media can be very divisive. There have been a lot of problems with this war polarizing not only specialists of Ukraine from specialists of Russia, but between Ukrainian specialists as well. There are now many people who study Ukraine who are not of Ukrainian background. I was not the first; in fact, John Armstrong started back in the 1950s, and he was probably not the first, either. But it is an increasing factor, and many of us do not always see things naturally from one perspective or another, but I do not think there should be any reason for critiques of that. I think there are reasons why we could have broader approaches.