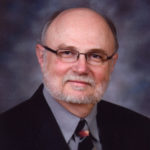 JARS BALAN is the administrative coordinator of the Peter and Doris Kule Ukrainian Canadian Studies Centre at the Canadian Institute of Ukrainian Studies (CIUS), University of Alberta. He has authored numerous scholarly and popular articles on Ukrainian-Canadian history, literature, and theatre, and an illustrated history of Ukrainians in Canada. A lifelong activist in the Ukrainian community, he is the initiator and curator of the Kalyna Country Ecomuseum. Jars has been involved with CIUS, in one capacity or another, for most of its existence.

We have Natalia Khanenko-Friesen speaking first. She is with the Prairie Centre for Ukrainian Heritage at the University of Saskatchewan. We have Lubomyr Luciuk, who is with the Royal Military College of Canada but was at the University of Alberta and involved in the Institute in its early years. Andrij Makuch is my partner in the Ukrainian-Canadian program at CIUS; he is at the University of Toronto. Roman Yereniuk is with the Centre for Ukrainian Canadian Studies at the University of Manitoba; he chaired it for years, and he is with St. Andrew’s College. We also have Natalie Kononenko from the Kule Folklore Centre, so we will bring a range of perspectives to this whole question of Ukrainian-Canadian studies, which of course is an area that straddles Ukrainian studies, Canadian studies, diaspora studies, and forms a separate area unto itself. The panellists will have fifteen minutes each to make their presentations. Afterwards we will have a discussion involving the members of the round table, and then we will open it to the floor. Without any further ado, then, I would like to ask Natalia Khanenko-Friesen to begin.