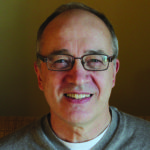 MYROSLAV SHKANDRIJ graduated from the Universities of Cambridge (BA) and Toronto (PhD). He is a professor of Slavic studies at the University of Manitoba. His most recent books are Ukrainian Nationalism: Politics, Myth, Ideology and Literature, 1929–1956 (2015) and Jews in Literature: Representation and Identity (2009). He has also written on the avant-garde and curated art exhibitions, the latest being “Propaganda and Slogans: The Political Poster in Soviet Ukraine, 1919–1921” at the Ukrainian Museum, New York (2013–14). His translations into English include Mykola Khvylovy’s The Cultural Renaissance in Ukraine: Polemical Pamphlets (1986) and Serhiy Zhadan’s Depeche Mode (2013).

As you have heard, Ukrainian studies in Canada began around 1949. The postwar immigration started them, and many of the core programs in Ukrainian studies were housed in Slavic studies at that time. Many of these programs and courses are now shutting down. Others have survived, have morphed, have been restructured in different ways. This panel is a good opportunity for us to review some of these developments in order to see how some of the restructuring has taken place and learn about some of the new courses and programs that have been created.

Ukrainian studies within departments of Slavic studies have always been small, often just one or two people. They have always had limited possibilities. Nothing has changed within those structures. What has changed, however, is the tolerance of university administrations for small programs with limited enrolments, and there is a very great danger of their disappearing. Several have already disappeared, and many are under great pressure. Even at the University of Alberta, if you have read the recent letter circulated by Natalia Pylypiuk, you will see that this is a strong possibility. These programs have been the traditional ones. They have often fed students into graduate studies. The professors in these programs have often been the Ukrainianists on campus, the ones who lobbied for Ukrainian studies in other departments, areas, and programs. They have often been the chief spokespersons for Ukrainian issues locally—the community organizer and resource person in general. But this traditional model of Ukrainian studies within Slavic studies departments or programs is not the only one, as we have already heard in previous sessions. There are different ways of structuring these programs, ways that have now become more available. Slavic studies have always been allied to other disciplines, as they have to be, particularly in those universities that do not have chairs.

We need to become more mainstream, to be able to attract students and create programs that are interdisciplinary. This is very clear from the discussions in the previous session. Another thing that is happening is that after the Second World War there were many people in different programs, disciplines, and departments who happened to be of Ukrainian origin. They could be drawn on for various programs, but these people are now disappearing. I know that at my university, the University of Manitoba, several people have retired recently from economics, from political studies, from history. They happened to be of Ukrainian origin or Ukrainian background, and they were able to and interested in teaching courses in those departments. They have now gone. This indicates that we need to look at other models, other ways of structuring the teaching and delivery of courses. Often this needs to be done, I think—as we will shortly hear from our panellists—through an interdisciplinary approach. And the key, as always in developing interesting courses, is to make them relevant, to make them in tune with contemporary developments, to respond to the exhortations of university administrations, and to find funding.

Each participant in our panel today can help us understand the successes and drawbacks of particular approaches and can explain the model for delivery of courses that their university has developed. Student numbers are always a great challenge, so these courses have to be attractive. But we have a wealth of experience to draw upon in Slavic studies, in fact, many years of innovative programming. We heard at the last panel, for example, of the successes of summer courses abroad, which are a big draw now and which really transform students when they visit Ukraine. We have heard about delivery of courses through distance education, through computer programming, through blended learning—that is, learning through which the community is engaged. All these are really useful, and I am sure that we are going to hear a lot more about them here.

Another theme that has come up is how to understand student interest. How do we analyze student interest, even at the high school level? We need to find out where the students are, what they want, what they expect. Lastly, it should be realized that universities will not hire instructors, scholars, or professors if the numbers are not there, so we need to think really hard about this. And these positions are required because before we can network, before we can have megaprojects, we have to have individuals who are actually teaching at the universities. Since we do not have chairs at most universities, we need mainstream positions at those institutions.