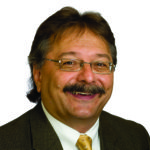 ANDREW HLADYSHEVSKY, QC, focuses on providing corporate and commercial advice to Alberta businesses, whether operating locally, nationwide, or internationally. A partner of the law firm Dentons LLP, he is experienced in a variety of corporate transactions and acts as general counsel for companies listed on the Alberta, Vancouver, Toronto, US, and NASDAQ Stock Exchanges. He was appointed queen’s counsel in January 2000. Andrew has lectured extensively, appeared on Global TV, CTV, and CBC Radio, and given interviews to print media. Recently Andrew was a recipient of the Queen’s Diamond Jubilee Medal for his extensive pro bono work (2014), and he received the International Award of Merit from Ukraine (May 2008).


Nice to see everybody here, Slava Isusu Khrystu. Wonderful to see Father Dr. Borys Gudziak, welcome, thank you for bringing us such wonderful weather. We will talk about it over dinner. [Laughter.] We spare no expense for our guests here in Alberta. The Shevchenko Foundation—how many have heard about it? Okay, very good. How many of you received the last annual report from the Foundation? That is not bad. One of the first lessons in community outreach is to make sure that your message gets to the people that you think you are talking to. So those of you who have heard about us, that is great, because that is a lot of you. All of you can have a pen from the Foundation if you come and talk to me later.

[…] If you go to our website, www.shevchenkofoundation.ca—all of you in this room have directed students there to ask us for grants—now you can actually download them, and add a bookmark: if they want to apply for a grant, they can just go there and apply for a grant in about two minutes.

Or perhaps you are interested in donating to the Foundation. You will see on the website how to do that before you die. Because we know that when you die, the Canada Revenue Agency will immediately take taxes from you, and then whatever noble thing you left the money for—for instance, “a hundred percent of my money to CIUS”—the government is already taking its share before CIUS gets there. Had you known that, you could have donated the money in your lifetime, reduced your immediate taxes, and increased your donation to CIUS and other organizations. That would have been very beneficial to the Ukrainian community and to the cause of Ukrainian education in the world. Now that you know, hopefully you will never be able to sleep peacefully again until you have done your wills and started to donate.

Community outreach is getting the message out to stakeholders. It is trying to get your message to people who may not understand who you are and what you believe in. The Shevchenko Foundation is interested in being the best foundation in the country—not Ukrainian-Canadian foundation, but the best in the country, with a vision of ensuring that Ukrainian culture in Canada is promulgated, accepted, celebrated for the benefit of all Canadians, because our culture is part of Canada. The stories we have are part of Canada, so we market the Shevchenko Foundation not only to the wonderful people in this room, who are part of the educational elite of our country, but everybody. Because everybody has an interest in the Shevchenko Foundation. How does it tie into education? That is a good question.

We have four pillars of activity in the Foundation: arts, education, community development, and heritage. In the arts, you probably know what that would entail: lots of people who like to sing, lots of people who like to dance, but there are also visual artists; there are a few of them in the room here I know very well who have collaborated with the Shevchenko Foundation. That also encompasses the world of literature: some of the people in this room have applied to try to win the Kobzar Literary Award. At the time we announced that award, twelve years ago, it was equal to the highest Canadian book prize of $25,000. It is awarded to a Canadian writer who writes on a Ukrainian-Canadian theme, or in whose book that theme is important. Since then, people such as Dr. Myroslav Shkandrij have submitted some of their non-fictional works. The recent book on Avramenko was actually short-listed. So the award encompasses fiction, non-fiction, poetry, and even theatre. Why is that important? Well, we want to encourage our writers. We want to encourage our academic writers to inspire other people. If nobody ever reads your book, how do they get inspired? So one of the motives behind the Foundation is: “Let us get this out.” That is part of community outreach.

You have to ask yourself, in your own organization, how are you doing—to get that out there. The pillar of education seems like a no-brainer, because the Shevchenko Foundation has been around since 1963. Its first grants totalled about $500,000, and since then we have given almost $10 million back to the community, investing in the community. But education has always been a pillar. Some people in this room would have received bursaries when enrolled full-time in a Ukrainian program. But we are concerned about people who are fairly young and do not understand how to get involved with Ukrainian education in Canada, or why it would motivate them, so we have a small subsidy program for students. We have had over a hundred take advantage of this, allowing them to go to Ukraine: they get a small subsidy toward their tuition, toward courses in Lviv and Kyiv. The theory is that young and energetic men and women aged 18 to 26 will meet other young men and women in Ukraine while they study and not only get excited about their Ukrainian heritage but perhaps also be inspired to pursue that education further. We just have to do more of that, which is why we have a $20 million capital campaign underway. In fact, I am going to ask for money now: why delay it, why spoil your supper? I will ask for it now: I am trying to get to you involved in community outreach.

The third pillar is heritage. We have archives all across the country that are slowly decomposing into dust, and part of the Foundation’s role is to assist in preserving some of them. Not only preserving those archives but potentially working with museums and creating new museums so that those things can see the light of day and go across the country. It is a remarkable achievement—Nadia [Jacyk] remembers this, and so does Olya [Kuplowska]—that one of the greatest exhibitions ever was at the Royal Ontario Museum, largely spearheaded by James Temerty. I remember the first conversations with the ROM, which said, “Why would we ever do a Ukrainian exhibit? Who would be interested?” Mr. Temerty stuck his neck out, but he also came to the Foundation and others, and said, “We need to see that there is broad-based community support.” As a result, that exhibit broke all the records of the ROM—all records from its inception. The Ukrainian-Canadian initiative (it was the Scythian Gold exhibit) was so popular with non-Ukrainians in this country and in the United States that it broke all records. We have something to share in our music, in our dance, in our culinary arts. We even share how we pray to God, through our sacred music. So there is a lot to share.

My son, Roman Hladyshevsky, is in grade twelve. He has met very few academics other than his teachers in school. The exception is Alla Nedashkivska, whom he has seen a few times, who has made a few cruises through high schools and elsewhere. Think about it: why is the course in witchcraft one of the highest-rated and desired by university students? It means nothing to an engineer to have witchcraft to build a bridge, or to a lawyer (though some may argue otherwise); modern medicine no longer requires it. It is an unnecessary course. The problem for the average young adults who come to university—in this university, there would be three or four thousand students of Ukrainian heritage—is not that they don’t like Ukrainian but that it is just not necessary to what they have to do as engineers, doctors, lawyers, or dentists. But there are hundreds of people of Ukrainian heritage in education programs in Western Canada who will become teachers, and Ukrainian studies are relevant to their teaching. Somehow we need to get in their faces.

There are a few hundred students in the university students’ Ukrainian club here. How are we meeting with them? How are we encouraging them to study? What are we doing? Are we actually interfacing with them, the brilliant minds in this room—with the young people who would love to talk to you if they only knew how they could approach you? Well, that is a tough thing to do as a volunteer. I do it all the time. It is very tough just to stand here nervously and talk to you. But you have to overcome that and be the driving force in that young person’s life. Unless you do that [pointing], or you do that, or you do that, nobody else is going to do it for you. The future of all these programs will never be as bright as it really could be.

To me, somehow this issue of strict MA- and PhD-driven students will always be there. The Shevchenko Foundation will always be there to assist them by providing bursaries and scholarships. But there are others who would like to connect with their culture and heritage, some of whom will have very “un-Ukrainian” parents but will be turned on to the subject matter even though it is not necessary for them. One of my preoccupations is making that “unnecessary” element part of their lives. It is interesting: we do not seem to have any problem with Ukrainian priests going out into the bilingual programs to talk to the kids in elementary school, in junior high, in high school. Why would they go there? Well, because they are actually talking to Christian children, and they actually have something to say to them, something that they would like to be part of their lives. Well, education never really leaves us, so we have to be part of their everyday life, and we have to meet them. That is the challenge I throw out, and we can talk about ways to get out there through multimedia and new media. I want you to spend some time, though, on that Shevchenko bookmark that you just put into your phones, and look at it seriously to see: “Where do I fit in here?” Either as a consumer or a donor, because that is part of my community outreach to you.

Andriiu, I was looking at some of the faces in the audience, and an image that comes to mind is that probably in your law studies you took salesmanship…I think it comes across very well. [Laughter.]